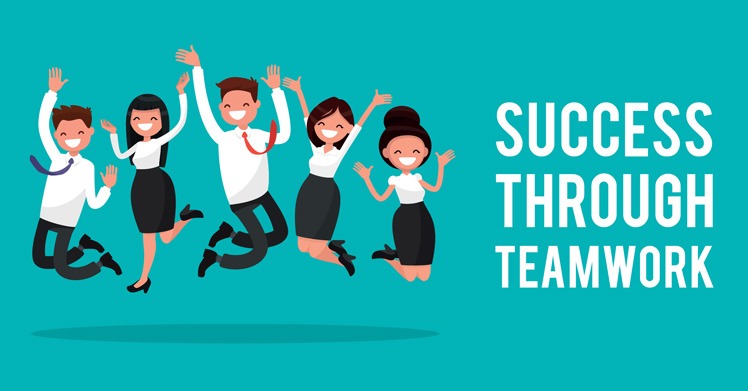 How to achieve Teamwork Success?

Teamwork – It’s become a bit of a throw away line.

Its on the wall of many organisations as one of their values.

I ask you – Is ‘working’ together as a ‘team’ enough?  What are we actually working towards?

You can have a group of people that are functioning together but are they as effective as they could “or should be as individuals and as a team?

4 Keys to developing a High-Performance Team

Inspire your team with Vision and Values.

Encourage them to establish their own team vision and values.

A high performing team will have a vision that is aligned with the corporate vision and values.  This is how the team will truly connect together. Allow your teams the time to develop their own vision and values, this will be a key ingredient to their success.

Motivate your team with clear goals, objectives and targets.

Your organization has goals, objectives and targets.

But how do these impact on the team?

What impact can the team have on the achievement of the organizational goals, objectives and targets?

If you TELL them what the goal objective and target is you have not WORKED WITH them, and they will have no OWNERSHIP of them. If the team fail to achieve success it’s not their problem because they had no contribution to what success actually looked like. How often is the team going to evaluate progress? What methods are going to be used to evaluate that progress?

Empower your team to do what needs to be done. You have established the team, given them direction and told them to set their goals, objectives and targets. Now get out of their way and let them go! Your job is to be available for consultation, challenge them when necessary, support them every step of the way, and make available the resources required for success.  Withholding resources, changing decisions made, giving instructions instead of asking questions and not being ‘available’ will disempower the individuals within the team. They will become disconnected with the goals and the success of the whole team is affected, that’s not even considering the impact on your credibility and integrity as a leader!! If the individuals feel trusted to make the decisions necessary for success and empowered to act, the effectiveness of the whole team is increased ten-fold.

What is the reward at the end of the project?

This is something that needs to be established at the very beginning of the team’s creation.

How do you know what or how the team would like to be rewarded? Ask them!!

There might be individual rewards and some team rewards. Rewards aren’t always monetary.

A reward could be additional training or resources?

It could be membership to an association? It could be a flexible working arrangement.

What it isn’t is whatever YOU would like? As the leader in the organization you might make suggestions about a possible reward but if the team don’t value the reward they will be disconnected with the work required to achieve success.

The impacts of recognition on team performance are highly under rated. A simple thank you goes a long way. Poking your head in on the team meeting and saying – Job Well Done!!.

Making sure that you acknowledge the team’s performance to your whole organization.

Be authentic in your reward and recognition and consider the personalities of your team. Different people respond differently. Know what’s important to your team.

The development of an Inspired, Engaged and Empowered Environment with everyone working towards the same goals is key!

Small business ownership can be difficult and lonely. At Bramwell Partners we offer our clients expert advice in a timely and efficient manner that helps then resolve issues and leverage opportunities when they arise. Contact us now to get your answers!